As stated in an earlier post, I decided to add a Deffkilla wartrike to my Goff force (I like the support of vehicles being able to advance and charge, and thus this guy will be excellent support for the dreads) Given I have now given up the blanket ban on wheels in this force, I decided I may as well have some battlewagons too. I've already painted a couple. Another is shown here.

I also found a couple of dakkajets in an old box of random stuff, the first is now painted the second will be done shortly. 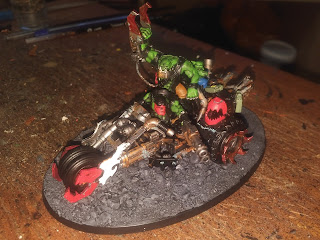 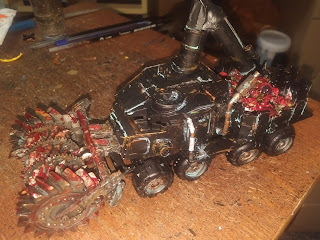 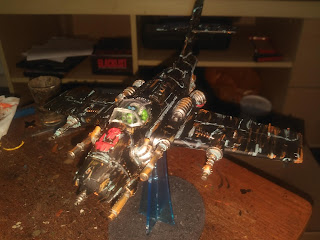 I have another trike to do, I think it is essential to add one of these to my evil sunz... as I am having to refresh my memory on an old paint scheme I decided I may as well do several things at once, so he will be joined by the 6 bikers I got with the speed freeks box and 10 deffkoptas I recently dug out. I was never impressed with these with rockets (they used to have some use for getting side and rear armour but vehicle facing aren't a thing any more and they aren't the most accurate) but recently a friend of mine has used them with big shootas and I have found the bucket of dice he gets to throw with those seem like fun. So thought I'd try them out, after converting them to have both gun options on, so I can count them as either in the future. Hopefully have a post up showing that lot off shortly.
Labels: 40K Goffs Orks 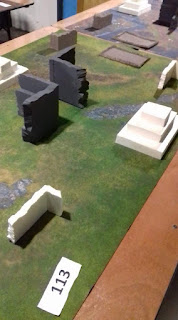 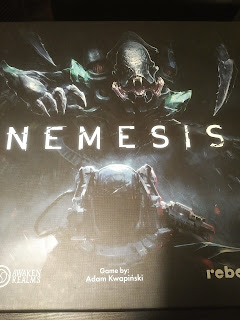